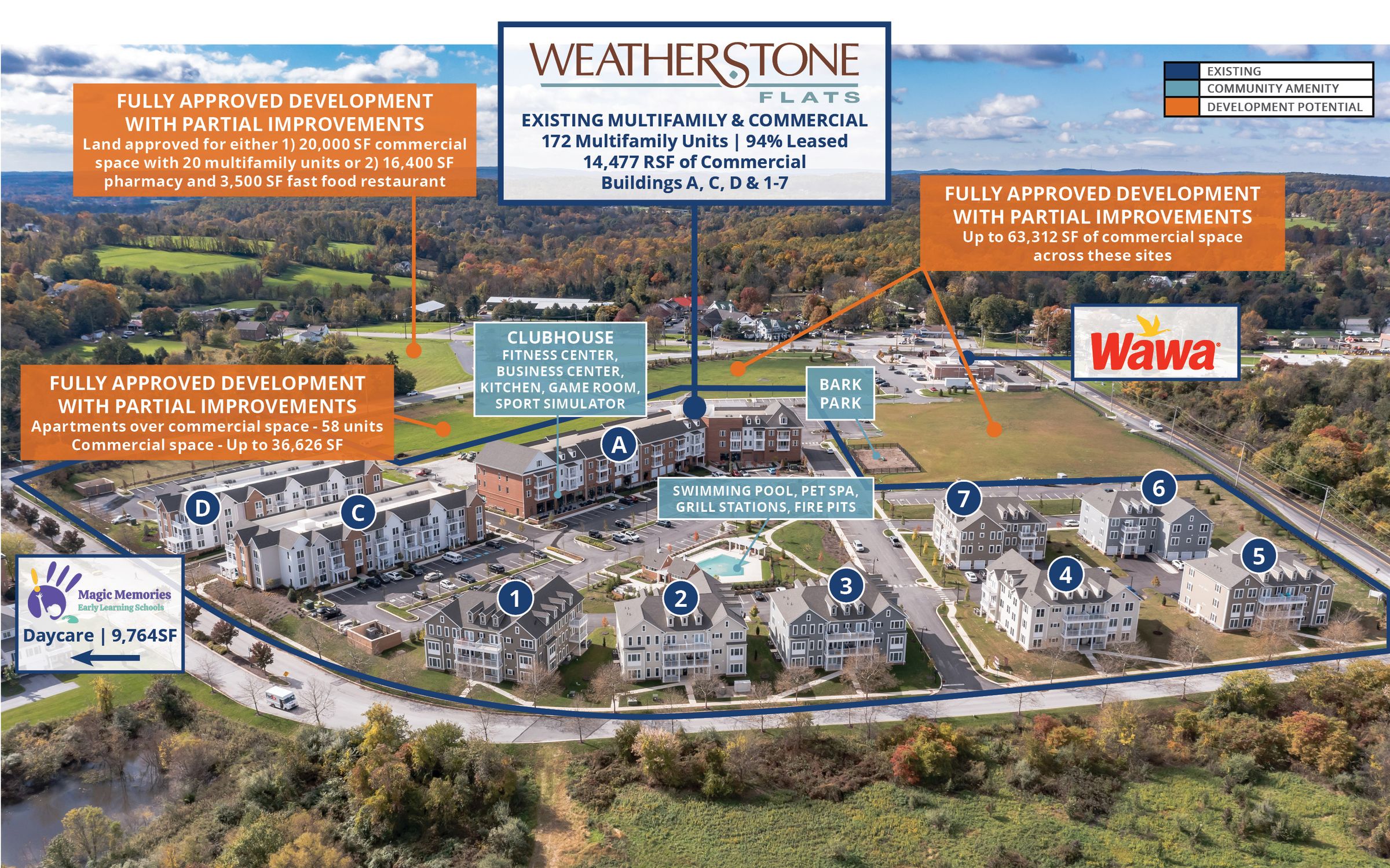 ​​​​​​​Berkadia Real Estate Advisors​ is pleased to present Weatherstone Town Center​ (“Weatherstone” or “the Property”), a comprehensive town center with 172 luxury apartment units, 29,826 SF of existing retail space, and fully approved development plans which allow for an additional 78 multifamily units and up to 119,938 SF of commercial space. Weatherstone represents an unrivaled opportunity to acquire an existing town center, with additional development potential in the most affluent zip code in Chester County and the wealthiest county across Pennsylvania. 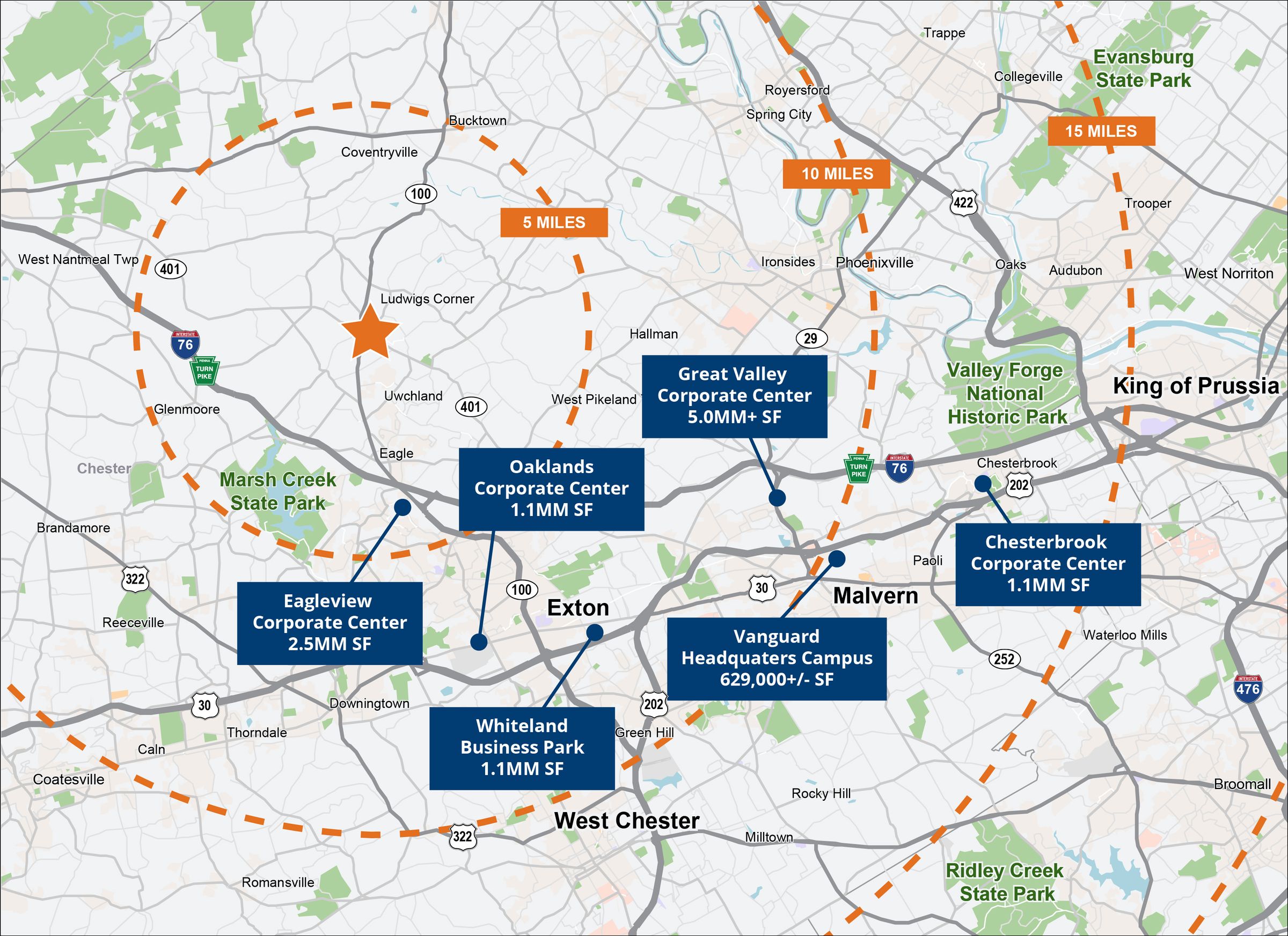 Weatherstone Town Center is located at the northeastern intersection of Pottstown Road (Route 100) and Conestoga Road (Route 401).​ Pottstown Road connects with the Pennsylvania Turnpike less than four miles south of the property,​ and Conestoga Road connects with Route 202 approximately eight miles southeast of the property. As such, Weatherstone Town Center offers convenient access to major employment hubs, while simultaneously providing residents with an understated, yet luxurious setting. In addition to accessibility to employment hubs, the property features access to nearby natural amenities, ranging from state parks to golf courses, to festivals. Residents are largely drawn to Chester Springs in ​ an effort to escape the hustle and bustle of nearby urban and suburban communities. Chester Springs offers a bucolic setting within the usually fast-paced Philadelphia MSA.

Situated in the western suburbs of Philadelphia, Chester County is strategically located with proximity to the City of Philadelphia, suburban business parks, and an extensive network of regional thoroughfares. Comprised of 759 square miles, Chester County was initially settled as farmlands, but is now one of the most rapidly expanding counties and represents the wealthiest county in the Commonwealth of Pennsylvania. Over the past several decades, there has been significant commercial development, which has brought with it significant residential development. With a concentration of high paying jobs, top ranked schools, and historical ambiance, Chester County continues to rank as one of the most desirable communities to live in Pennsylvania. 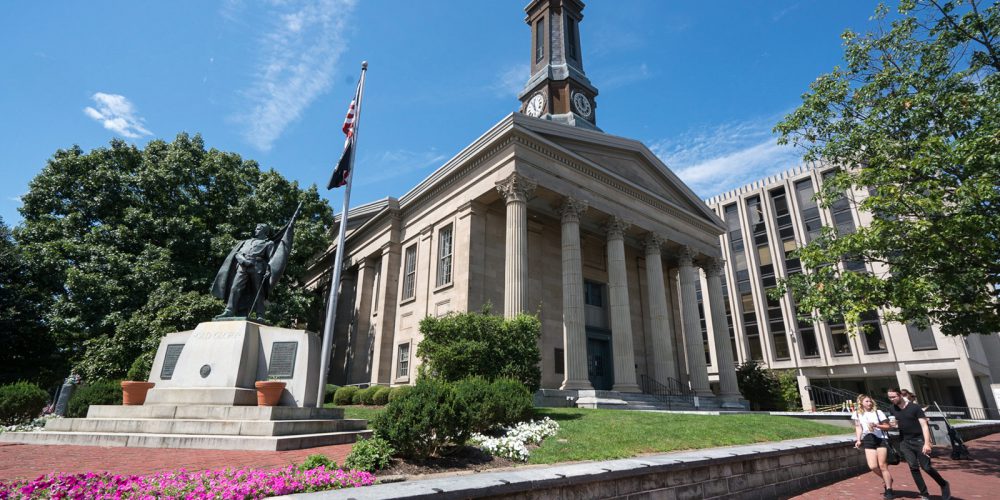 Berkadia®, a joint venture of Berkshire Hathaway and Jefferies Financial Group, is an industry leading commercial real estate company providing comprehensive capital solutions and investment sales advisory and research services for multifamily and commercial properties. Berkadia® is amongst the largest, highest rated and most respected primary, master and special servicers in the industry. This advertisement is not intended to solicit commercial mortgage loan brokerage business in Nevada. ​